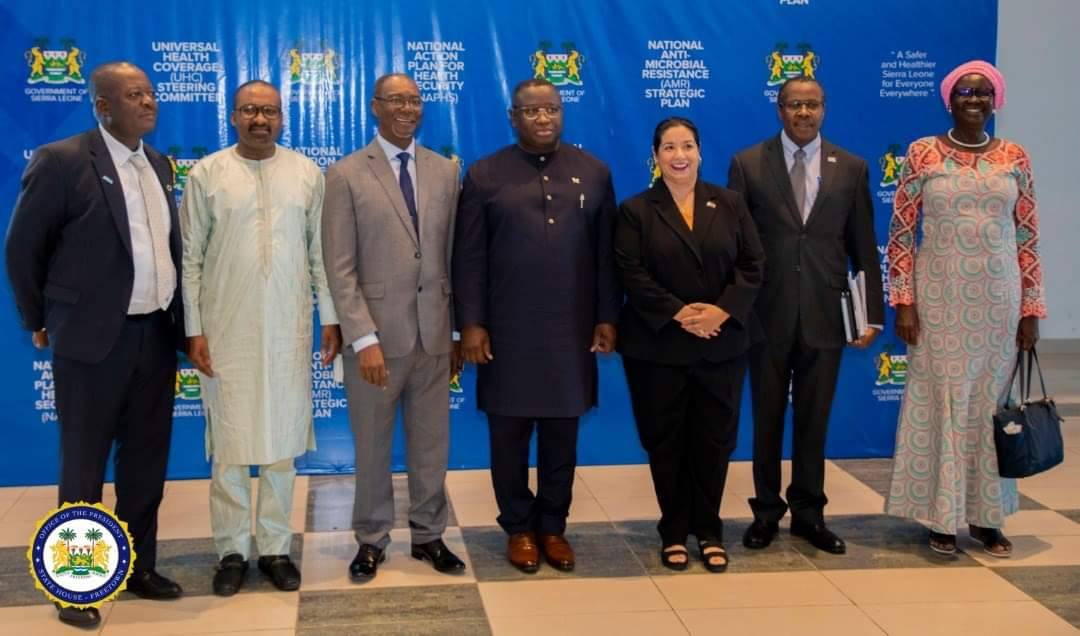 Ambassador Brewer focused her remarks on the coordinated response to the Ebola epidemic, which was supported by multiple U.S. Government agencies working closely with the Government of Sierra Leone. President Bio stated that universal health care “is a down payment on a fairer, safer and more prosperous future for our people and our country.”