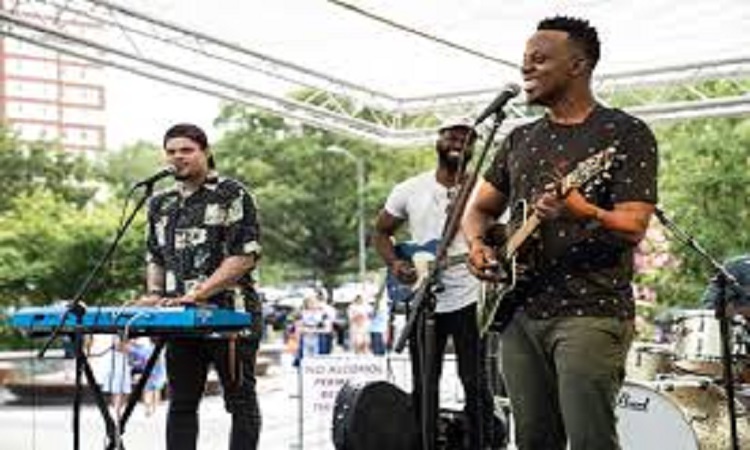 Baltimore-based musical group Nelly’s Echo will be coming to Sierra Leone in the first week of March, as a part of a cultural exchange program sponsored by the U.S. Embassy through the U.S. Department of State. Nelly’s Echo was selected through American Music Abroad (AMA) program to foster cross-cultural communications between American artists and global audiences. The band is currently touring the West African Country of Cameroon and will be heading to Sierra Leone next.

In Sierra Leone, the band will work in collaboration with the Public Affairs Section of the U.S. Embassy and Ballanta Academy of Music, to train 20 young people in musical composition and performance. There will be a music performance for the public on Friday, March 6.

Nelly’s Echo’s captivating storytelling and high energy performances have made them a sought-after act across the United States and overseas. Their founder, Nelson aka Nelly was a contestant on season 3 of NBC’s The Voice where he made it into Team Christina Aguilera. He has shared stages with artists such as Trombone Shorty, Travis McCoy, Sean Kingston, & Boyz II Men. A native of Nigeria, Nelly is now based in Baltimore, Maryland.

American Music Abroad (AMA) is a cultural diplomacy program that brings together American musicians with global audiences. AMA is sponsored by the U.S. Department of State with funding provided by the U.S. Government and administered by American Voices. Each year AMA selects approximately 10 ensembles to embark on overseas tours. While on these tours, musicians participate in concerts, workshops, educational programs and more.

Public Affairs Officer, Robert Revere noted, “this will be a unique opportunity for young aspiring musicians in Salone to experience and interact with American musicians. And as with most of our exchange programs, we expect the Americans will learn equally as much from the Sierra Leoneans they will work with.”