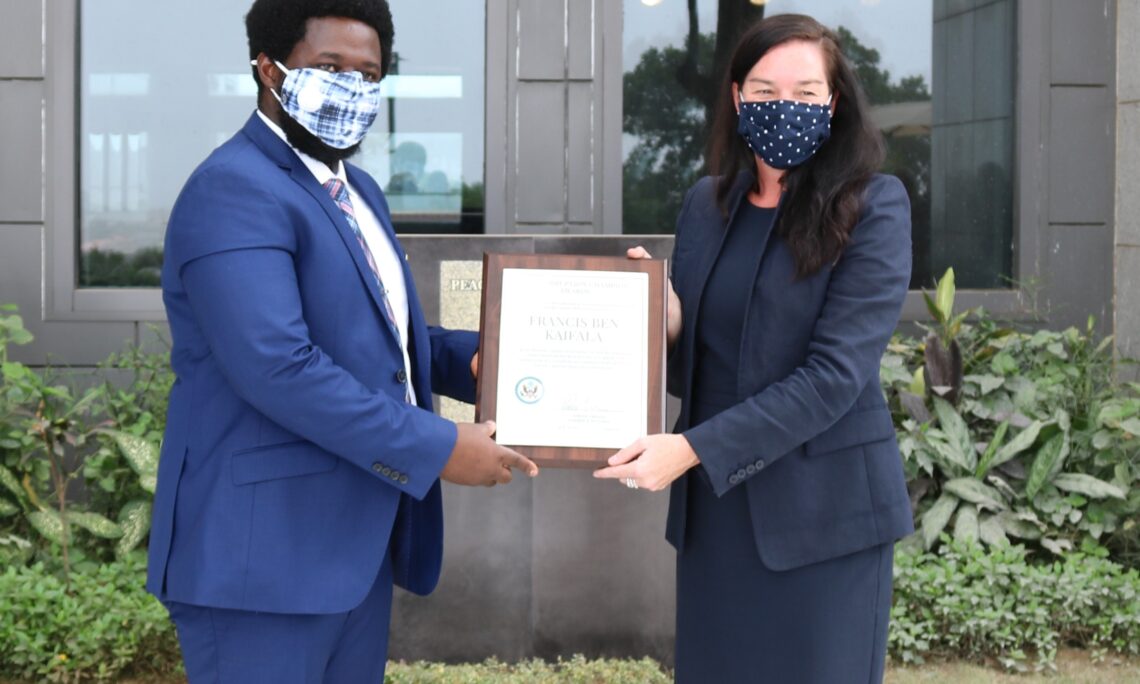 Freetown – On Tuesday, February 23rd, Chargé d’Affairs Elaine M French presented Francis Ben Kaifala with the  Department of State International Anticorruption Champions Award. Mr. Kaifala was honored for his leadership as the Commissioner of Sierra Leone’s Anti-Corruption Commission, which has enhanced efforts to fight corruption in Sierra Leone, including the strengthening of anti-corruption laws and working to hold public officials accountable for corrupt acts. Mr. Kaifala was one of 12 Anticorruption Champions from different countries recognized by United States Secretary of State Antony J. Blinken for changing the world for the better through their work to combat corruption and fight for transparency and accountability.  These champions are members of government, the press, civil society, and the judiciary.

As President Biden has emphasized, “We must start with diplomacy rooted in America’s most cherished democratic values:  defending freedom, championing opportunity, upholding universal rights, respecting the rule of law, and treating every person with dignity.”  Combating corruption is a key part of this commitment.

The selected honorees represent the many anticorruption champions performing vital work around the world who often face threats, arrest, and persecution, while others may work in underfunded, undervalued, or otherwise challenging circumstances.  This award is an acknowledgment that all are making a difference.  While we are recognizing these 12 champions we are honored to work hand-in-hand with many other reformers around the world, and we celebrate all the unsung heroes who are striving to make a difference.