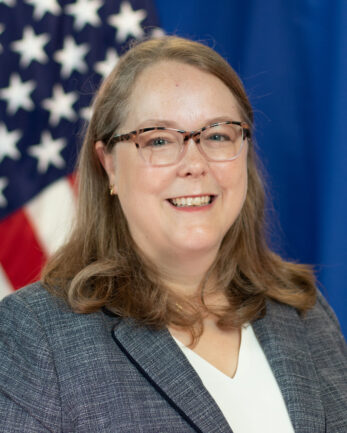 Throughout her diplomatic career, Stephanie has served in diverse domestic and overseas positions.  From 2016 to 2018, she served in Washington, D.C., as the Director of the Bureau of Consular Affairs Leadership, Management, and Innovation Initiative.  From 2013 to 2016, she served as Country Consular Coordinator for Mission Australia, with responsibilities for four offices around the country.  Her previous assignments include Consular Section Chief in Sana’a, Yemen; Deputy Director of Consular Training at the Foreign Service Institute in Arlington, Virginia; and Deputy Consular Section Chief in Damascus, Syria. Additional overseas tours include Accra and Bucharest.

Stephanie is a 2019 graduate of the National War College in Washington, D.C. She holds a B.A. in history from James Madison University and was born and raised in the Washington, D.C., area.