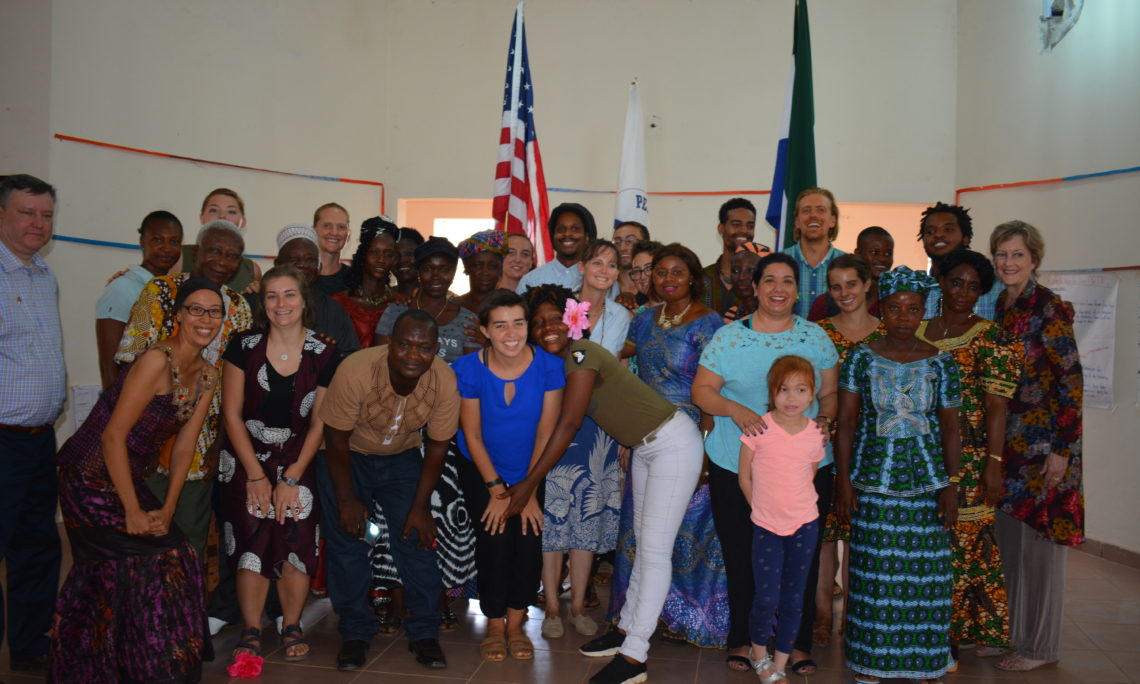 The Global Director of Peace Corp Volunteers, Hon. Josephine Olsen has on Sunday, 05/13/2018 paid a day visit to the Peace Corp Country Team and volunteers in Sierra Leone.

Speaking to staff at the head office in Freetown, Hon. Olsen thanked them for making their operation work like magic in Sierra Leone and encouraged them to continue the good work. She mentioned how well the government thinks of Peace Corp operations in Sierra Leone and how the organization looks forward to partnering with the government in areas such as education, healthcare, and youth development.

“It was nice to hear the new President and some of his officials talk of their early interaction with Peace Corp volunteers many years ago. They even remember the names of some volunteers. It particularly made me honored to be part of this great family,” she said

Hon. Olsen later interacted with Peace Corp volunteers at the Peace Corp training site in Port Loko, where she was welcomed by local authorities, volunteers and their host mothers. She thanked the host families for opening loving arms to the volunteers, and encouraged the volunteers to build on the already-wonderful Peace Corp legacy in Sierra Leone.

The U.S. Ambassador to Sierra Leone, Maria E Brewer encouraged the volunteers to continue playing such noble roles in Sierra Leone’s development, as education and healthcare go hand in hand. She shared that she also volunteers in her personal capacity and it is a fulfilling experience.

“You all are great ambassadors of the United States, as you are with the people every day, and the Presidents and people of both the United States of America and Sierra Leone are proud of you.” Amb. Brewer said.

Chief Malapi Mandalay Chiefdom Speaker of Bakehloko said it was a wonderful idea, despite all the hurdles, to accommodate the Peace Corp in that part of the country, noting that their presence has created tangible impacts. He thanked the community people for their hospitality to the volunteers, and as a result, more volunteers are expected soon. He appealed to the Peace Corp team for an ultra-modern skills training institute to help the large number of school dropouts in the Port Loko area.

Peace Corp volunteers have been in Sierra Leone since 1962, living in rural communities, adopting local families and supporting the government in the education and health sectors.