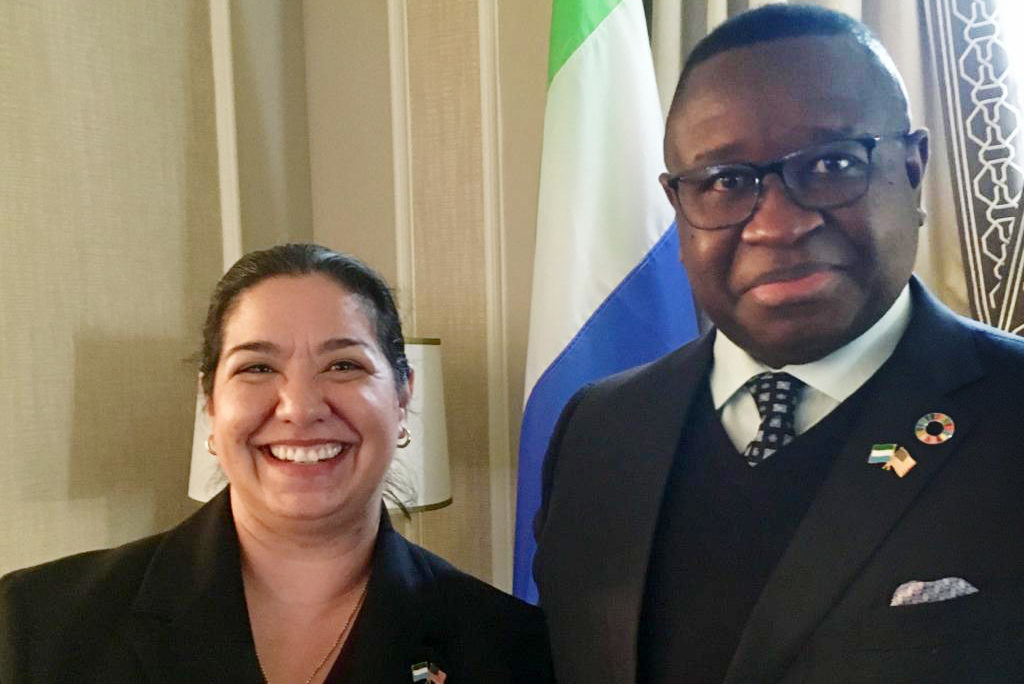 During his March 2019 trip to the United States, President Bio traveled to Boston, Massachusetts and Washington DC. He spoke at Harvard University and Massachusetts Institute of Technology. In Boston, our U.S. Embassy Freetown Economics Section organized an investors round table breakfast where the Chief Minister and other VIP speakers addressed American senior executives and investors about the New Direction and National Development Plan of Sierra Leone. The U.S. Embassy encourages American investment in Sierra Leone and can offer U.S. firms support through commercial advocacy and information sharing.

President Bio was hosted by Rosa Whitaker, former United States Trade Representative and current President of the Whitaker group, at her residence on March 9. Congresswoman Karen Bass, leaders of Invest Africa, and Mercy Ships also discussed their vision for Sierra Leone. The event brought together private industry, government, and philanthropy.

President Bio and his senior advisers and ministers were featured at a round table discussion hosted by the Corporate Council on Africa in Washington, DC. President Bio presented his agenda for investment opportunities in Sierra Leone and answered questions from U.S. industry leaders and government officials.

We have consistently encouraged the Government of Sierra Leone to create a positive atmosphere for U.S. investment.  We applaud the efforts of the Bio administration to date, particularly in the fight against corruption and a renewed emphasis on rule of law. In the words of National Security Adviser John Bolton, “Our first priority, enhancing U.S. economic ties with the region, is not only essential to improving opportunities for American workers and businesses. It is also vital to safeguarding the economic independence of African states and protecting U.S. national security interests.  We want our economic partners in the region to thrive, prosper, and control their own destinies.”