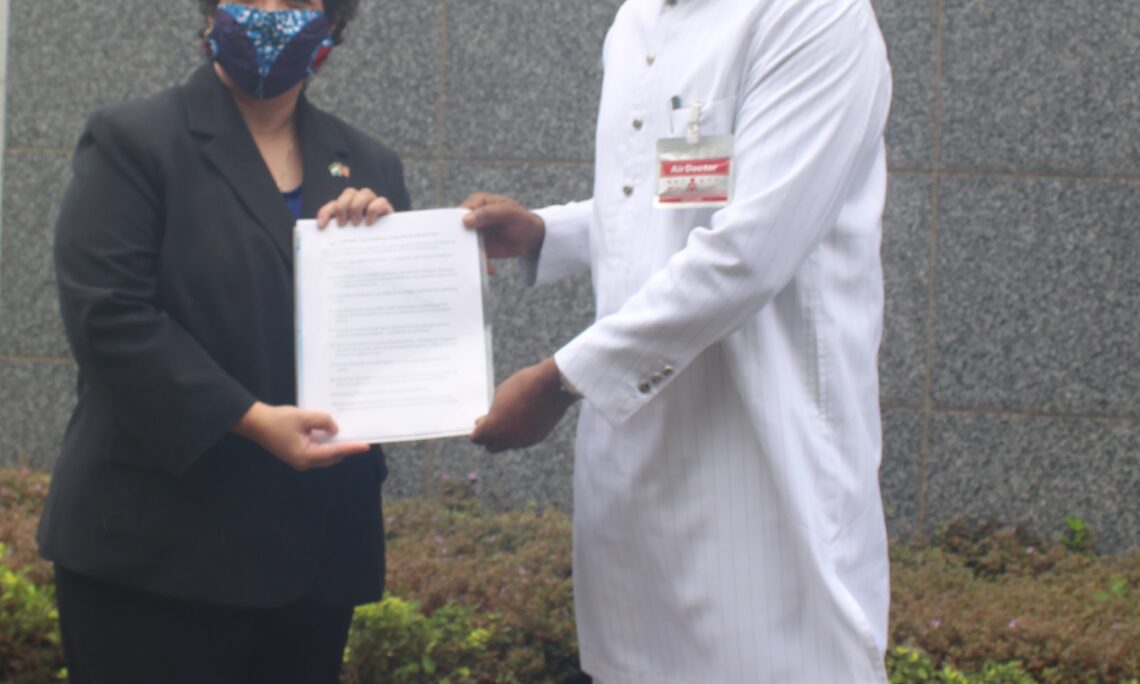 Sierra Leone progresses to tier 2 in 2020 U.S. Trafficking in Persons Report
Op-Ed by U.S. Ambassador to Sierra Leone, Maria E. Brewer
The U.S. Embassy in Freetown would like to recognize the Government of Sierra Leone for progress made in the fight against Trafficking in Persons.
This is a historic year for the U.S. Department of State, as we celebrate the 20th anniversary of the Trafficking in Persons Report (TIP Report).
When the United States Congress passed the Trafficking Victims Protection Act (TVPA) in 2000, one of its requirements was the creation of a report that would represent the U.S. government’s dedication to fight human trafficking on a global scale and serve to increase the number of governments actively prosecuting traffickers, protecting victims, and preventing human trafficking crimes.
From its inception, at a time when many governments denied the existence of human trafficking in all its forms, the TIP Report has become the standard-bearer for the principles enshrined in the TVPA and the 2000 UN Trafficking in Persons Protocol. Over the last 20 years, the TIP Report has successfully reinforced global anti-trafficking norms and ideals. It has drawn attention to trends and emerging issues, highlighted promising practices, and tracked the progression of important developments, such as the passage of comprehensive anti-trafficking laws and improvements in victim identification efforts.
On June 25, U.S. Secretary of State Michael R. Pompeo released the 2020 TIP Report. The Report documents the government efforts of 188 countries and territories, including the United States, to combat human trafficking. Though the methodology, content, and design of the TIP Report have evolved, reflecting the broader anti-trafficking movement’s progress in understanding the crime, the messages at the heart of each edition have been steadfast: there is no excuse for human trafficking, and governments must take bold action to end it.
The need for a global response has never been greater as the COVID-19 pandemic reinforces the urgency to protect vulnerable people from exploitation by traffickers.
As the Government of Sierra Leone demonstrated overall increasing efforts compared to the previous reporting period, Sierra Leone was upgraded to Tier 2 in this year’s report. These efforts included convicting traffickers for the first time in 15 years; significantly increasing investigations and prosecutions; significantly increasing trainings for officials on trafficking; contributing a facility for an NGO to establish a shelter for victims; and establishing district-level anti-trafficking task forces. Much remains to be done, including expanded victim services; increased investigation and prosecution of traffickers; expanded training of law enforcement and judiciary personnel; and ending policies that encourage labor migration to occur through informal channels, among other steps.
Over the last two decades, the U.S. Department of State, along with host governments, NGOs, multilateral organizations, survivors, faith communities, and other advocates have been unrelenting in the pursuit of a world free from human trafficking. We acknowledge our achievements and steel ourselves for the battle ahead and the work yet to be done.
Full report can be accessed here: https://www.state.gov/trafficking-in-persons-report//