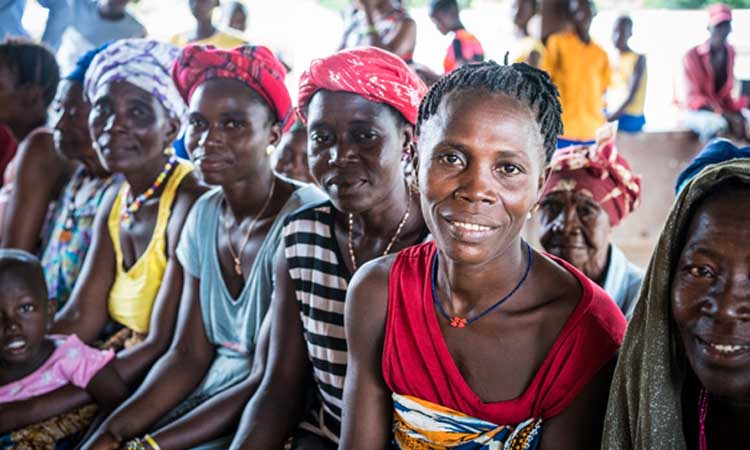 U.S. Ebola recovery investments in health in Sierra Leone will help millions of women, children and communities grow and thrive. As USAID Transforms lives, Sierra Leone is committed to inclusive development and we celebrate the successful presidential, parliamentary, and local-level peaceful election processes in March 2018 were a vital step forward in Sierra Leone’s democratic evolution and path to sustainable development.

As this year’s 73rd session theme for the UN General Assembly focuses on Global Leadership and Shared Responsibilities for Peaceful, Equitable and Sustainable Societies, USAID Transforms recognizes Sierra Leone as a country committed to inclusive development and advancing democracy in West Africa. It has been 27 years since their civil war, however, the post-war economy came roaring back, and by 2013, the economic growth rate hit 20%. From 2014-2017, Sierra Leone has been plagued with national emergencies, as Ebola rocked an already rudimentary system of governance to its core with 3956 total deaths; followed by the one year anniversary of the deadly mudslides that took the lives of a 1,000 and displaced another 6,000. In March 2018, the successful presidential, parliamentary, and local-level peaceful election processes were a vital step forward in Sierra Leone’s democratic evolution and path to sustainable development.

Most recently, USAID’s governance program – Women’s Empowerment Leadership Development (WELD) has been in the spotlight for members of Congress from California, staff and guests participated in an August 2018, five-day trip CARE Learning Tour to Sierra Leone. The delegation observed how vital U.S. investments are leading to sustainable health gains for women and girls. In addition to further define how to build smart, strategic and lasting partnerships that could transform the lives of millions in Sierra Leone.

Previously the WELD project in the Bombali District, has welcomed former USAID Deputy Assistant Administrator, Christopher Runyan for the Africa Bureau during his trip to Sierra Leone in November 2017. The focus observing progress of USAID- funded post- Ebola recovery programs on – health system strengthening, restoring health services, governance, food security, and improving the technological capacity in country. “I was able to meet with the Betteh woman, beneficiaries of the WELD project in the Bombali District and had candid discussions with female aspirants in rural communities. Empowering women and girls is a key component to our USAID Transforms campaign,” said Runyan.

USAID provided nearly $4.7 million in supporting three elections activities in Sierra Leone in the run up to the March 2018 elections. This included: early warning systems for monitoring elections violence; promoting female aspirants and political leaders to run for public office; and training of the media in elections policy dialogue. The results are encouraging to see Sierra Leone elect a female mayor, Yvonne Aki- Sawyerr, this year; and President Bio’s appointment of Dr. Priscilla Schwartz as Attorney General and Minister of Justice.

Over a 7-month period, the engagement from the field continued in Washington on Sierra Leone’s advances in democracy. On July, 30th, 2018, the Africa Bureau, Office of West African Affairs, Ebola Recovery Team organized a pre-election nationwide poll presentation led by Sonja Gloeckle from the International Republican Institute (IRI) Center for Insights in Survey Research. The USAID funded project and findings offered awareness on national trends in Sierra Leone and expectations as a new government takes office. The interactive dialogue included the attendance of newly appointed Deputy Assistant Administrator, Julie Koenen who shared her former experiences working in Sierra Leone.

A diverse audience of civil society organizations, members of the Diaspora and U.S. Embassy of Sierra Leone representative, Isatu Sillah, Minister Counsellor & Head of Chancery were in attendance and provided a consensus of positive feedback on the Sierra Leone poll results presentation by IRI.

Daniel Koroma, Business Liaison Officer for Montgomery County stated, “Clearly they heard from the people for the results of the poll mirrored the results of the election, the methodology that was used was spot on, comprehensive and captured the data that was necessary. Trained Sierra Leoneans that were used to conduct surveys, in terms of knowledge transfer, serve as a valuable resource for data collection for the Government of Sierra Leone to drive key issues.”

Overall, the data revealed high-levels of trust in most national institutions. The program ended with a feeling of anticipation for IRI’s next release of Sierra Leone’s post-election poll results, which will provide a comparative analysis of results thus far under Sierra Leone’s New Direction of leadership.