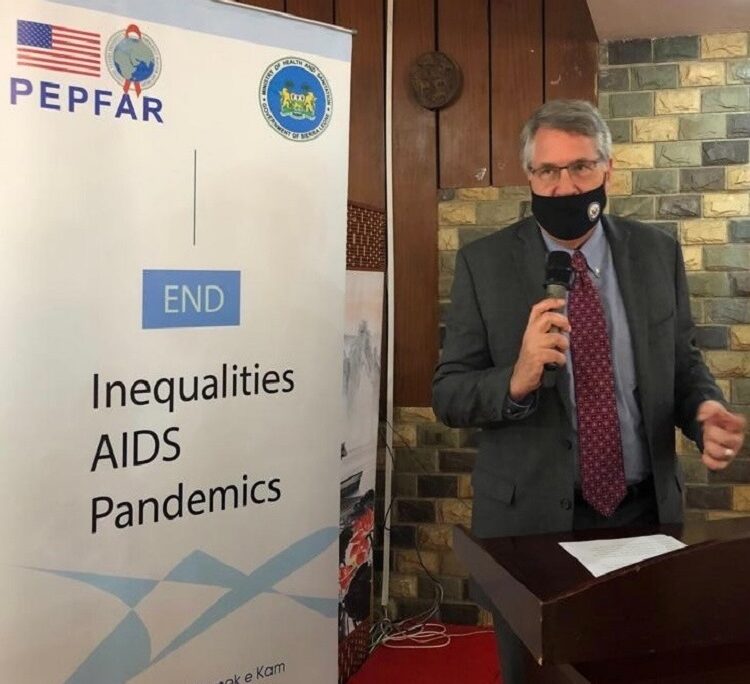 This year’s expansion of the U.S. President’s Emergency Plan for AIDS Relief (PEPFAR) is dramatically improving access to treatment for Sierra Leoneans living with HIV, with 22% more Sierra Leoneans with HIV in treatment, and support for 15 new facilities across four districts.  U.S. support of expanded treatment facilities and accessibility will enable Sierra Leone to meet the UNAIDS global goal of 95% of people living with HIV should know their status; 95% of those who know their status are on treatment; and 95% of those on treatment will have achieved viral suppression by 2030.

These latest results of the PEPFAR program were announced today at the conclusion of a five-day training session for the 15 new facilities supported through PEPFAR.  Three additional U.S. sponsored training sessions are planned for health facilities across four districts. Speaking to participants of the training session, United States Ambassador David Reimer stated, “This training, and the site level support that will follow, will enable you to improve the services and outcomes in your communities, and contribute to the rapidly improving National HIV Response.”

PEPFAR is now in its second year of support to Sierra Leone.  Due to the program’s success in its first year, the United States has nearly doubled funding for the program this year to $9 million.  Last year, PEPFAR supported 15 high volume sites in four districts (Western Urban, Western Rural, Port Loko, and Kambia), and this year that support is extending to an additional 15 sites.  PEPFAR, the Global Fund to Fight HIV, TB and Malaria, for which the U.S. Government is the largest donor, and the Government of Sierra Leone, collectively implement the National HIV Response in Sierra Leone, and this collaboration continues to deliver impressive progress for Sierra Leone.

Sierra Leone has an estimated 80,000 people living with HIV.  Between 2020 to 2021, PEPFAR has increased the number of people receiving treatment for HIV by over 20% and they hope to continue the trend increasing the number of people receiving treatment.  Once on treatment, most clients achieve viral suppression, which enables them to live a healthy life while also preventing them from transmitting HIV to someone else.