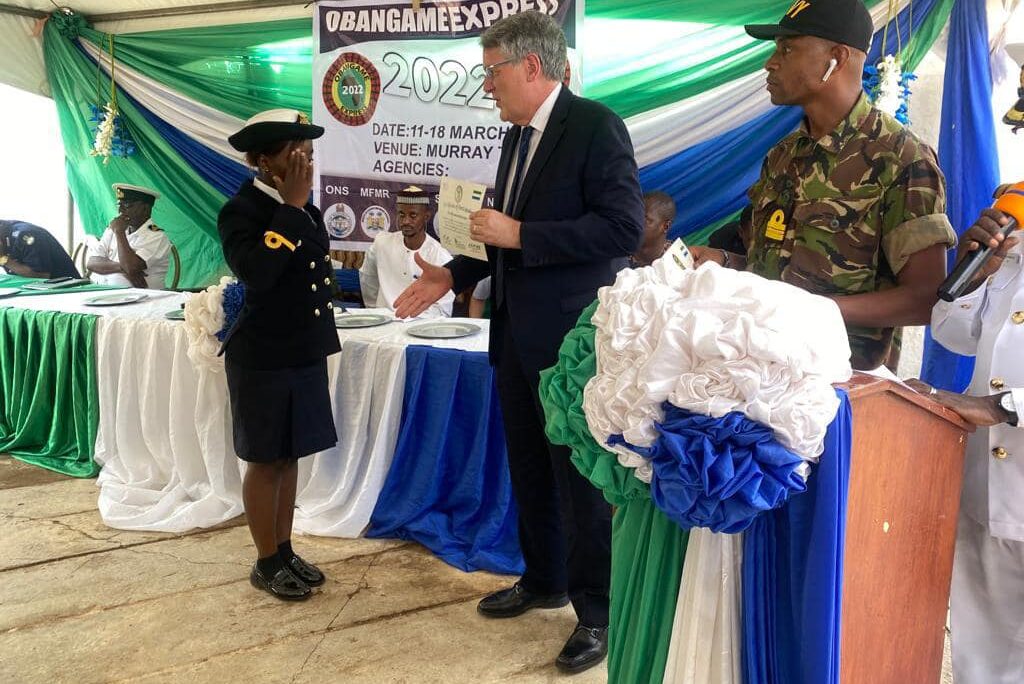 This week, U.S. Ambassador David Reimer marked the end of the 2022 Obangame Express exercise in Sierra Leone. This year, 75 personnel from the Sierra Leone Maritime Wing, Sierra Leone Maritime Administration, Sierra Leone Marine Patrol, National Revenue Authority, and Ministry of Fisheries and Marine Resources participated in the exercise alongside American and Canadian navies.
Obangame Express, sponsored by U.S. Naval Forces Africa, is an at-sea and on-land maritime exercise designed to improve cooperation among participating nations in order to increase maritime safety and security in the Gulf of Guinea and West African coastal regions.
This exercise is another example of the strong partnership between the United States and Sierra Leone on security partnership.