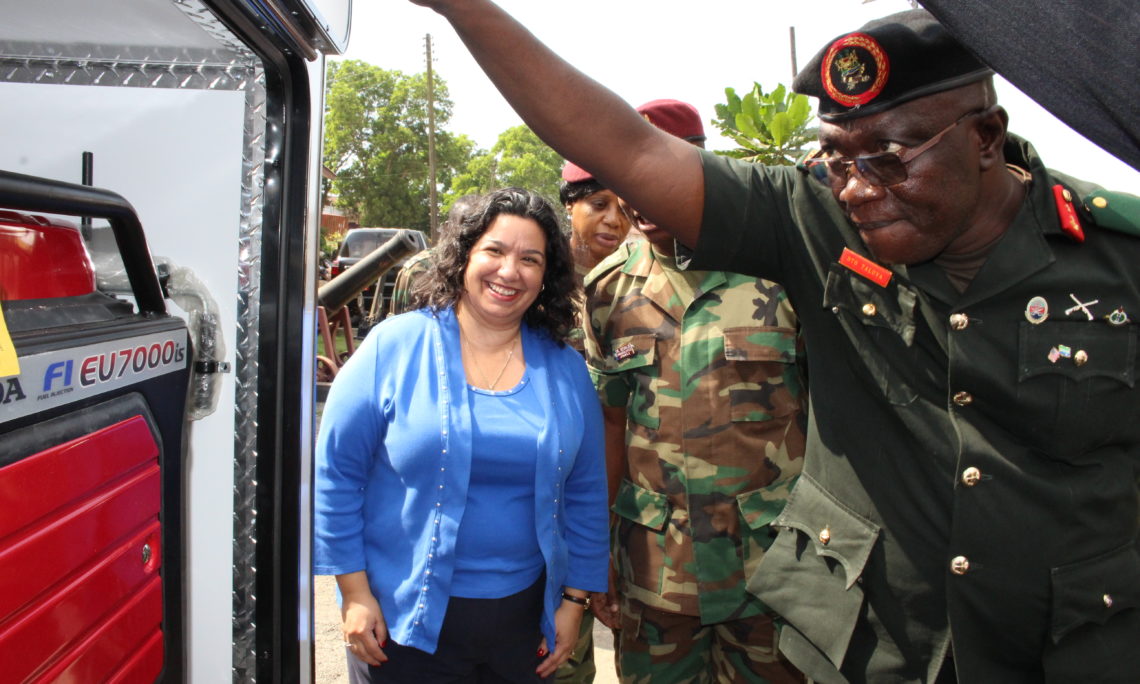 On Tuesday 18 December 2018, the U.S. Ambassador to Sierra Leone, Maria E. Brewer, handed over a Mobile Health Service Caravan to the Republic of Sierra Leone Armed Forces in a Ribbon-cutting ceremony. The mobile caravan was purchased by the DoD HIV/AIDS Prevention Program (DHAPP) in order to deliver medical services, including routine check-ups, HIV testing, and pharmaceutical needs, to up-country and forward deployed military personnel. Opening remarks were given by the Commanding Officer of the Joint Medical Unit. The Deputy Chief of Defence Staff, Major General Taluva and the Chief of the Office of Security Cooperation, LCDR Lipscomb, gave individual statements. The U.S. Ambassador, Maria Brewer in her statement commended the RSLAF leadership for their tremendous collaboration with the Department of Defence HIV/AIDS Prevention Program in the execution of program activities over the past 16 years.

The Mobile Health Services Unit, she said, is a powerful new tool in the RSLAF’s medical resource. Ambassador Brewer also stated that the 34 Military Hospital has been making incredible strides in improving the health and wellbeing of Sierra Leone’s brave military personnel, and the United States is proud to support the Hospital and the Ministry of Defense Health System.

This new Mobile Health Services Unit will enable RSLAF medical personnel to reach out to soldiers stationed in all corners of Sierra Leone. By delivering routine check-ups, laboratory testing capabilities including malaria, hypertension and HIV/AIDS, and medications directly to forward deployed troops, the support will build a healthier, stronger, and more capable military force.

In her concluding remarks, she added that these services would be available to military families, as military personnel cannot truly focus on their duties while worrying about the health of their families.