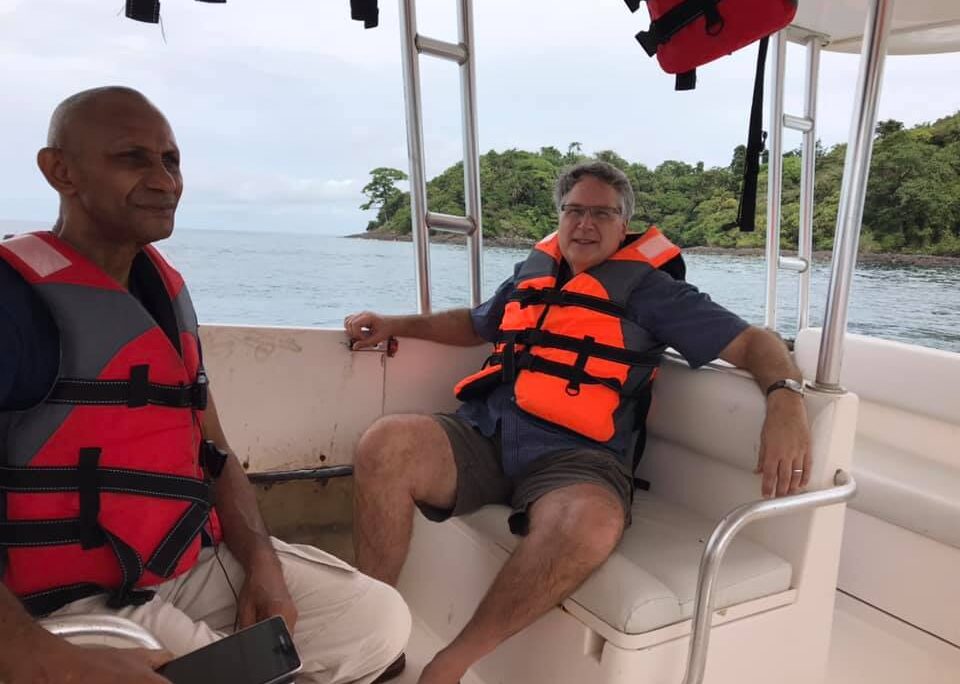 “A healthy, productive and resilient ocean which provides sustainable marine resources is important for economic growth and prosperity, food security, health and well-being,” stated Ambassador Reimer in the video, released by the U.S. Embassy.  “The United States works with partners around the globe to protect the ocean and combat illegal, unreported and unregulated fishing. These incredibly rich marine ecosystems must be preserved not only to protect today’s lives and livelihoods, but for future generations of Sierra Leoneans.”

The coastal marine ecosystems provide numerous benefits to Sierra Leone. The nation’s waters are home to large fishing grounds for shrimp, tuna, snapper, mackerel, lobster, and crab. Numerous Sierra Leoneans rely on these fish stocks for their livelihoods, and to feed their families. Fish supplies nearly 80% of the animal protein in the diets of Sierra Leoneans, according to the United Nations Food and Agriculture Organization.

“In the case of illegal fishing, trawlers will come very close, inside the EEZ Zone, the prohibited zone, and they can fish – especially where countries do not have the capacity to monitor like ours,” noted Mr. Rahall.  “And these trawlers will come very close and enter and compete with artisanal fishermen…. Often, because the catches are taken by the trawlers very close, the fishermen have to risk again their own lives to go further into the sea to make a living.”

The natural beauty of Sierra Leone’s beaches, and the diverse wildlife observed in coastal environments, are also critical to the developing tourism industry.  The estuaries and mangroves are home to unique birds and aquatic mammals including the endangered African manatee.  Coral reefs provide habitat for a diversity of wildlife popular with divers.  Several species of whales pass through Sierra Leone’s waters during their annual migration.  These natural treasures have potential to attract millions of dollars of tourism to the country.

“The U.S. Embassy in Freetown provides essential training to Maritime Wing personnel as they protect Sierra Leone’s oceans and territorial fishing grounds,” noted Ambassador Reimer.  “Through USAID, we have supported climate adaptation and mangrove restoration in coastal communities.  We are proud to stand with Sierra Leone to preserve these critical natural resources.”

The World Ocean Day video may be viewed on the U.S. Embassy’s Facebook page: https://www.facebook.com/sierraleone.usembassy/.