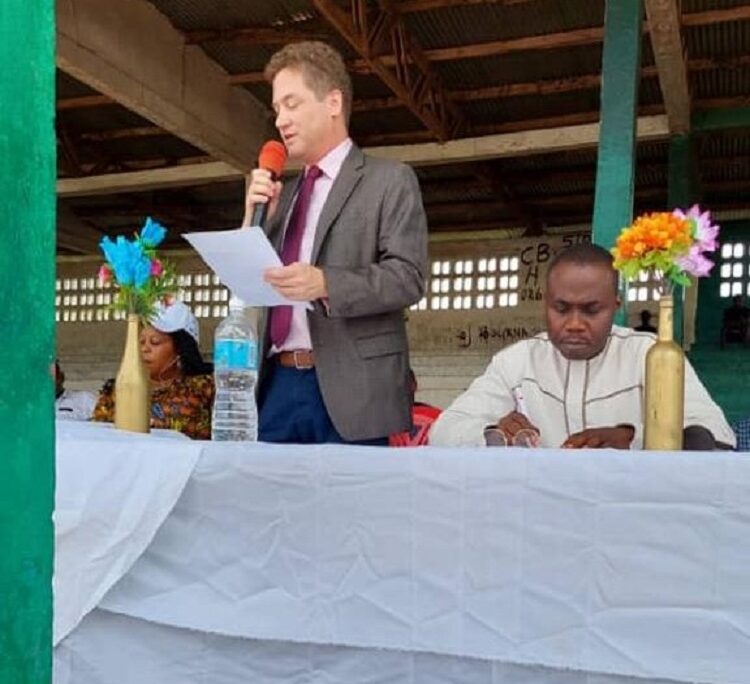 The Ministry of Health and Sanitation and the U.S. government’s President’s Malaria Initiative (PMI) have launched an indoor residual spraying (IRS) campaign that will protect over 670,000 people from malaria in Bo and Bombali districts.  “Spraying homes to kill the mosquitos is one of the key strategies we use to keep people safe from malaria,” Dr. Dave Schnabel, PMI Resident Advisor, said.  “This is critical, life-saving work.  The U.S. government is proud to partner with Sierra Leone in the fight against malaria.”  The risks from this dangerous disease are lowered when IRS is combined with other malaria control activities, such as sleeping under insecticide-treated bed nets, taking preventive treatment when pregnant, and quickly getting tested and treated for malaria when ill.

Since 2017, the U.S. Government has provided 76 million U.S. dollars to Sierra Leone through PMI to prevent and treat malaria.  PMI delivers cost-effective, lifesaving malaria interventions and invests in health workers and health systems to decrease the burden of malaria. Thanks to these investments and through partnerships with the government, the Global Fund, and others, we have decreased the prevalence of malaria among children from 40% in 2016 to 22% in 2021.

This year’s spraying campaign is just the latest in a series of recent U.S. government efforts, led by USAID and PMI, to protect the people of Sierra Leone from malaria. In 2021, the U.S. government donated more than 1.7 million malaria rapid diagnostic tests and 1.3 million courses of treatment to cure those who test positive for the disease.  Yet with over two million cases every year in the country, malaria remains ever present as a leading cause of illness and death.  It is also a major impediment to socio-economic development of Sierra Leone.

During the campaign teams will spray insecticide, certified as safe for humans, to the walls of over 150,000 homes. The insecticide kills mosquitoes that contact the walls of the home and lasts for many months, providing protection from malaria to over 670,000 people including 110,000 children and 26,000 pregnant women.

Efforts are needed at all levels – individual, household, community, and national – to prevent transmission and ensure rapid diagnosis and treatment in order to control malaria.