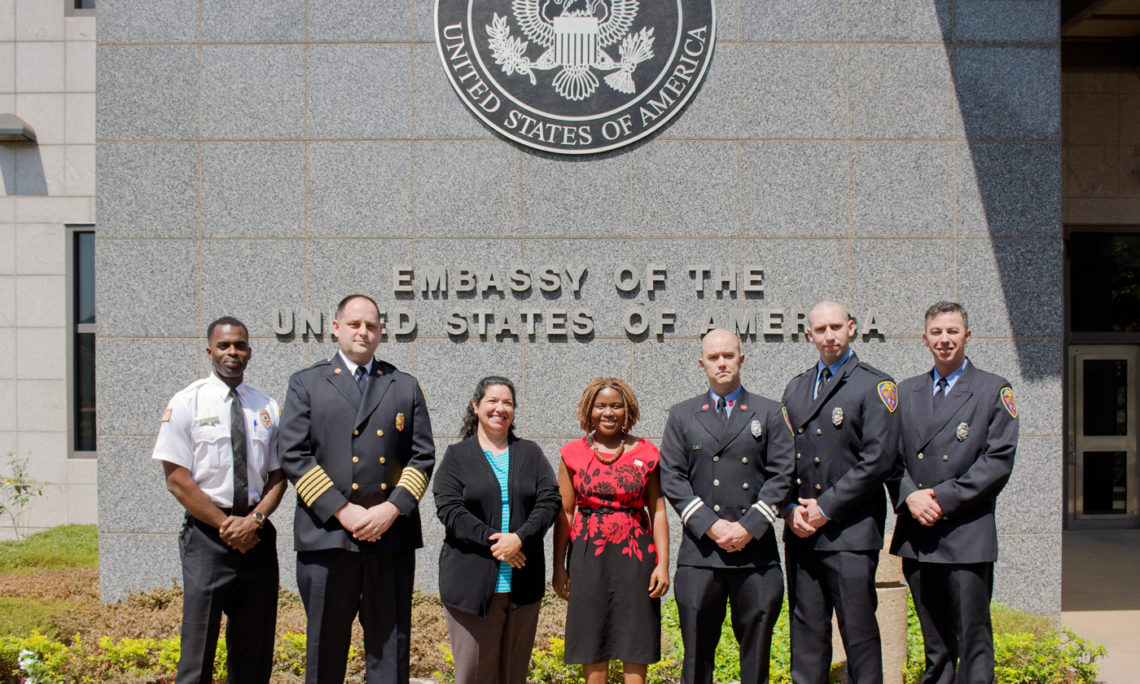 U.S. Embassy Freetown welcomed a group of four firefighters from Bloomington, Indiana as part of the Young African Leadership Initiative (YALI) reciprocal exchange program. The trip was designed and implemented by Sierra Leone Mandela Washington Fellowship alumnus Eastina Taylor, who works for BBC Media Action. The firefighters spent one week in Freetown training the National Fire Force, meeting with high level officials in the national and municipal government, and working on a fire safety public messaging campaign. They also meet with Ambassador Maria Brewer (who herself hails from Indiana), the Public Affairs Section, and the Regional Security Office team at the U.S. Embassy in Sierra Leone. Our Embassy security personnel organized an exercise on emergency vehicle extraction and rescue led by the Bloomington, Indiana firefighters with the National Fire Force of Sierra Leone. The exercise was designed to demonstrate vital rescue skills and the possible difficulties encountered in road accident emergency situations.