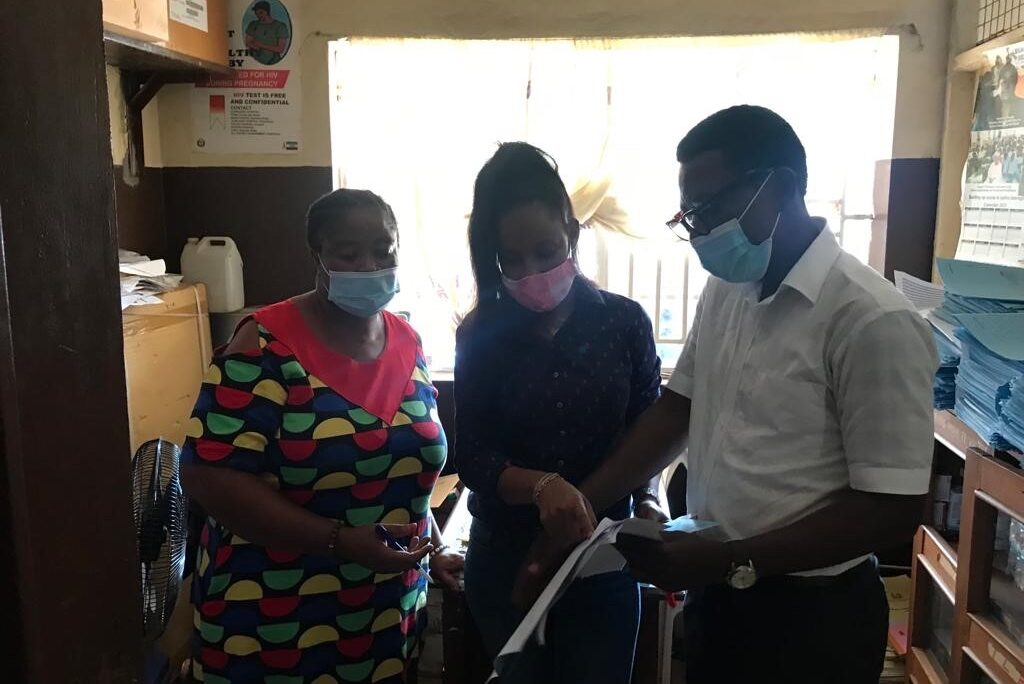 FREETOWN, Sierra Leone (Oct. 28, 2021) – The U.S. President’s Emergency Plan for AIDS Relief (PEPFAR), announced this month that the program will nearly double its investment in Sierra Leone for 2022, from $5 million to approximately $9 million U.S. dollars.  In support of this program, representatives from the Health Resources & Services Administration, an Agency within the United States Department of Health and Human Services, visited Sierra Leone from October 18-28, 2021 to meet with stakeholders and provide oversight of the newly expanded PEPFAR program.  PEPFAR is an initiative funded by the U.S. government to combat the global HIV/AIDS epidemic.  It is the largest commitment by any nation to address a single disease in history, saving over 20 million lives and preventing millions of HIV infections in more than 50 countries.  PEPFAR, together with the Global Fund to Fight AIDS, Tuberculosis and Malaria, work to support a coordinated national response led by the Government of Sierra Leone.

In Sierra Leone, the United States has been supporting the national HIV response for many years.  Beginning on October 1, 2020, the United States designated Sierra Leone an official PEPFAR country, and over the last year, nearly 50,000 Sierra Leoneans benefited from PEPFAR programs. Meanwhile over 1,200 HIV- commercial sex workers have been enrolled in preventative treatment programs through PEPFAR, thus reducing their risk of infection to almost zero despite high-risk behaviors.

The increased investment for 2022 will aim to test an additional 36,000 individuals, treat as many as 32,000 individuals living with HIV/AIDS, and provide pre-exposure preventative treatment to an additional 4,000 clients.  Additionally, PEPFAR will expand to new communities in Sierra Leone this coming year to understand their HIV risks and how to reach them with services.  PEPFAR has also awarded a 3-year grant to the Network of HIV Positives in Sierra Leone (NETHIPS) to expand community-led monitoring of HIV services and to advocate for improved quality of services and to confront issues such as stigma and discrimination.

Sierra Leone has an estimated 83,000 people living with HIV.  Only about half of those infected are aware of their status, and those who do not know their status pose a high risk of transmission to others.  There are also an estimated 240,000 members of high-risk populations who are at increased risk of getting HIV, and if they have HIV, they are at high risk of transmitting it to others.

Effectively managing the HIV/AIDS epidemic will require greatly increasing testing rates, and treatment. Those who are successfully treated will have very little chance of transmitting the virus to others.  Sierra Leone’s national HIV Response is now on track towards epidemic control, which UNAIDS says should be achieved by 2030.