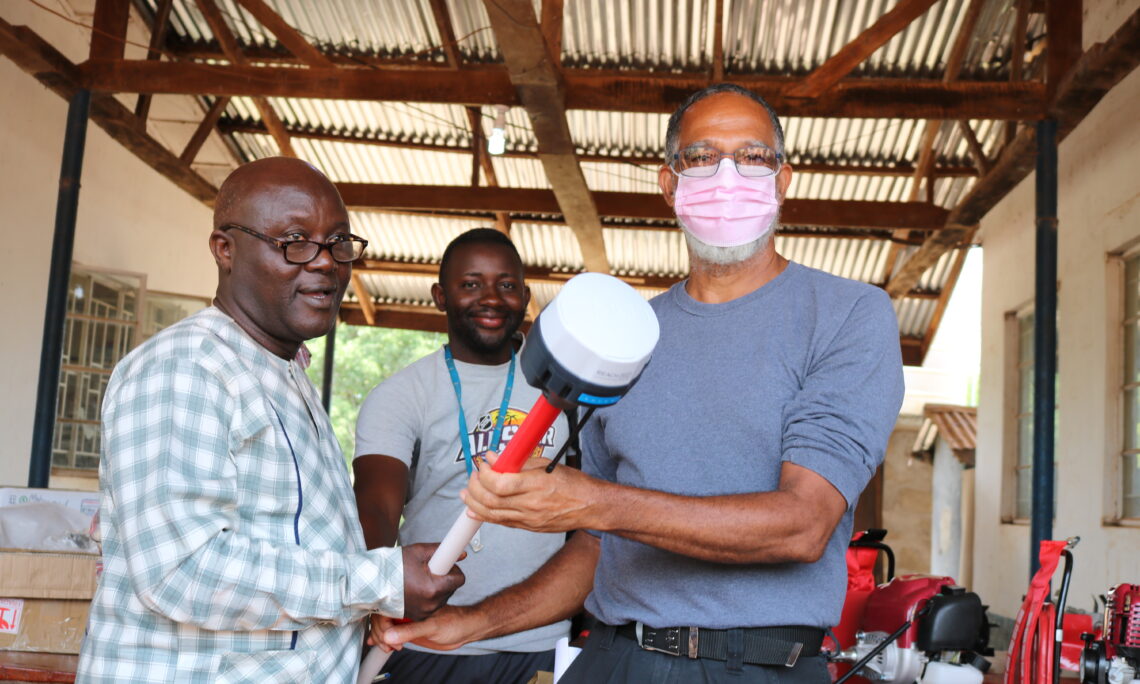 Njala, Sierra Leone – At a ceremony at Njala University’s Bo campus, Fulbright Scholar Professor Richard Cooke presented a variety of agricultural equipment to benefit the university’s agricultural engineering department.  Receiving the equipment on behalf of the university, Deputy Vice-Chancellor Professor Bashiru Koroma expressed his gratitude for the donation and for the connections Professor Cooke has built between Njala and the University of Illinois in the United States.

The Fulbright Program, sponsored by the United States government, is one of the most widely recognized and prestigious international exchange programs in the world.  Now in its seventy-fifth year, the program operates in 160 countries and has provided more than 400,000 students, scholars, teachers, artists, and professionals the opportunity to study, teach and conduct research, exchange ideas and contribute to finding solutions to complex global challenges.

“Professor Richard Cooke is the embodiment of the Fulbright ideal,” stated Acting Public Affairs Officer Allie Carter Olson from the United States Embassy.  “He is a respected scholar in the United States, building connections and collaborating with other scholars here in Sierra leone.  His students and co-educators, both at Njala and back in Illinois, benefit not only from his expertise in the field, but also from the bridges he has built between these two institutions.”

Agricultural equipment presented at the ceremony included a RealTime Kinematic GPS system, two Barsha irrigation pumps, several motors, and varieties of rice seeds.  The equipment will directly benefit the students and staff of the agricultural engineering department as well as small holder farmers in neighboring communities who collaborate with the University to improve crop yields.